Time Turner, or how a thought of Harry Potter added to my badassness 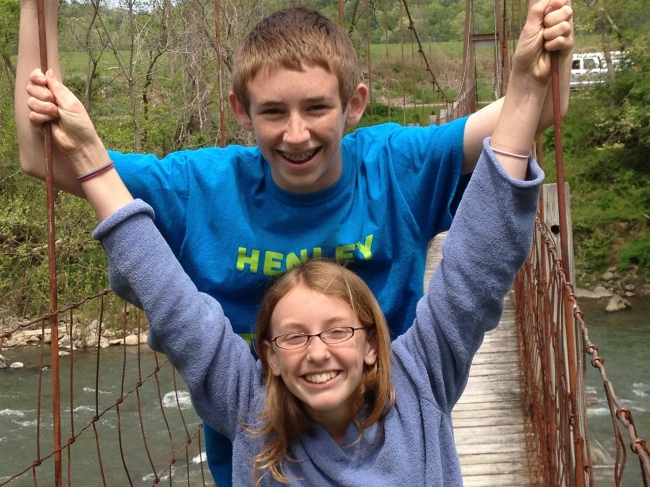 This morning, both kids need to be two different places at exactly the same time. One has a morning singing group; the other leaves on a field trip. The schools aren’t that far apart, to be honest – the kids could easily walk from one to the other in less than ten minutes.

What’s the big deal? Drop one off early. (I can read your mind. Like it?)

Great plan. The wrinkle in it, though, is that I am going with Julian on his field trip. And Maddie’s middle school is pretty strict about the doors (down to the second strict) so leaving her off early means she sits outside, by herself, shivering.

That’s how we left it last night. I need time to get to the high school, park, and get myself to the bus.

This morning, I had another thought. Besides dreaming of the time turner from Harry Potter, I’ll ask Jeremy to take Maddie. I’d been reluctant to do this, in part because his office is kind of in the opposite direction from their school. And he’s not a morning person. In fact, it never occurred to me to ask him, until I was grunting with the effort of pushing up those weights in yet another round of shoulder presses.

I don’t know what he’ll say. All I can do is ask. I feel a few pounds lighter now that I’ve decided to ask.

Being a badass means asking for help sometimes. Even if a time turner would be way cooler.

This entry was posted in Uncategorized and tagged asking for help, being a badass, driving, kids, parenting, schedules, school, time turner. Bookmark the permalink.